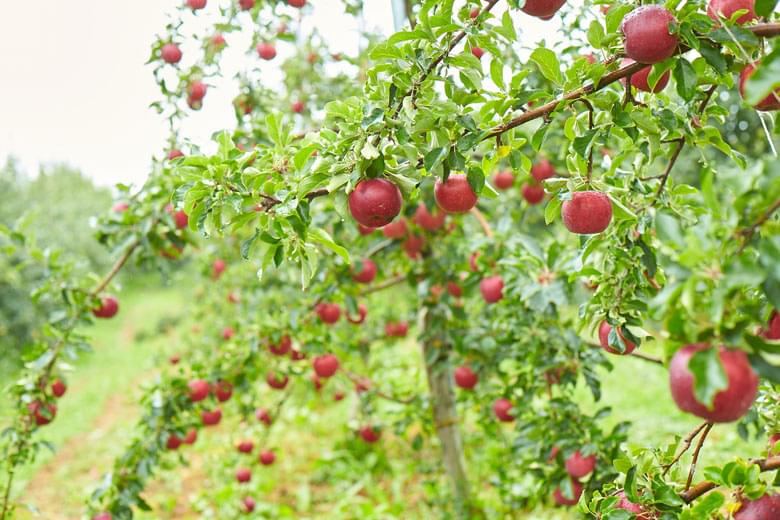 About an hour by car from Sapporo heading toward the Shakotan Peninsula, you will find the town of Yoichi sitting alongside the Sea of Japan. Such proximity to the ocean means not only delicious seafood to enjoy but also a climate that is relatively mild in winter and, therefore, ideal for farming.

The development of Yoichi greatly expanded after settlers from all over Japan’s other major islands arrived and started clearing the land for crops in the 1870s, during the Meiji period (1868–1912). Under the guidance of American agricultural experts, some of Japan’s first apple trees were planted here, and large orchards soon took shape. Now, Yoichi cultivates a wide variety of fruits and is also becoming a well-known wine region, which makes it an ideal place to savor Hokkaido’s “fruits” of both the land and the sea. 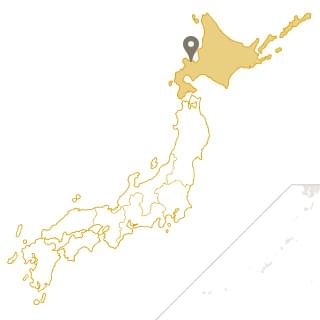 Stroll around Orchards, Picking and Eating to Your Heart’s Content

Start off by stretching your legs on the vast premises of the Nitori Sightseeing Orchard. For a flat rate, this orchard offers guests all-you-can-eat fruit picking without any time limit. Fruit picking is a popular pastime all across Japan but is generally limited to one type of fruit.

Here, however, you can venture out with basket and paring knife in hand and select from a variety of trees, including apple, peach, plum, cherry, and Asian pear, not to mention bushes of blueberries! They are also planning to add strawberries to the mix. You can even purchase fruits and vegetables to take home, along with tasty sweets like apple pie made with the orchard’s offerings. From June through November, there are generally at least two types of fruit in season, though you may want to check the calendar on their website to coordinate your visit if you have a favorite.

Many of Yoichi’s hillsides are lined with vineyards, thanks to the favorable climate for growing fruit, and Yoichi is quickly becoming one of Japan’s top wine-producing regions.

Occi Gabi Winery is dedicated to cultivating imported varieties of grapes, and the gentle slopes are covered with twelve kinds of French grapevines.

The boutique winery produces around 50,000 bottles a year. You can take a tour of their modern facility where they process the grape juice with German-made equipment, and age their wine underground inside imported French oak barrels.

Adjacent to the shop and concert hall, this winery also has an on-site restaurant. The knowledgeable servers can help you find the right wine to pair with delicious French cuisine, and the circular layout of the restaurant affords you a window seat from which you can gaze out at the grass-covered premises and rows of vines.

Rest and Recuperate at a Seaside Hideaway

When you’re ready to turn in for the night, it’s hard to beat the comfort and cozy ambience of Guest House Hallelujah, tucked away on a forested plot of land above the town just a few hundred meters from the ocean. There’s only one guestroom here—just inside and to the left of the operators’ main residence—which includes two beds, two lounge chairs, a small Japanese-style room, and a private bath and toilet.

Though it may be hard to leave the comfort of the soft beds, morning may well prove to be the highlight of the stay. First, you’ll be able to catch panoramic views of the beautiful Yoichi coastline from the large windows. Then, the guesthouse operators will bring in their delicious home-cooked breakfast: a healthy meal with plenty of fresh vegetables and warm tofu, perfect to start your day with a satisfied stomach.

Discover the Techniques of Japan’s Ninja

When not conducting their secret missions, Japan’s legendary ninja typically dressed and lived like farmers. That lends a certain air of authenticity to one local farmer called Ranzan, operator of the Yoichi Ninja Company and the Ninja Farm. Adhering to his ninja theme, Ranzan grows many organic, pesticide-free vegetables that are black in color, including black tomatoes and peppers.

Ranzan himself started out as a ninja entertainer but later returned to his hometown of Yoichi to take over the family farm. While his principal occupation is farming, he teaches students the fundamental skills of Japan’s secretive spies in his garage’s upstairs dojo, newly built in February 2020.

During the 60-minute course, Ranzan gives his students an overview of ninja fact and fiction, while introducing various techniques and the rationale behind them. For instance, the ninja’s distinctive hand gestures were definitely not for show but were rather the reflection of a unique philosophy and a way to prepare their minds for the mission.

If you sign up for Ranzan’s course, you’ll get a chance to learn about the differences between ninja swords and samurai swords, practice throwing shuriken (throwing stars), perfect the art of carefully walking like a ninja to avoid hazards, and even use a blowgun. As you might expect of a ninja dojo, there is much more to it than meets the eye!

Hokkaido is well known for its excellent seafood, and coastal Yoichi also has its fair share of blessings from the sea, such as tuna and shrimp. Seafood lovers take note—you can learn how to make your own nigirizushi from a professional at local sushi shop Fukumasa.

The shop’s master, Shimomura Kazuya, is a patient teacher, and he’ll explain the basics of making sushi—selecting and shaping the shari (sushi rice), adding a dash of wasabi, and then carefully pressing the neta (slice of fish) onto the rice. It looks easy, but you’ll soon appreciate the skill involved.

With the reasonable course objective of utilizing four different neta, at least you’ll have four tries to refine your technique! After you’re done, taste and compare the sushi you’ve made with the master’s.

Getting to Yoichi, Hokkaido

It’s easy to include Yoichi in a visit to other nearby locations like historic Otaru and the scenic Shakotan Peninsula. Yoichi is about 1 hour by car from Sapporo via the Shiribeshi Expressway and just over 30 minutes by train from Otaru.