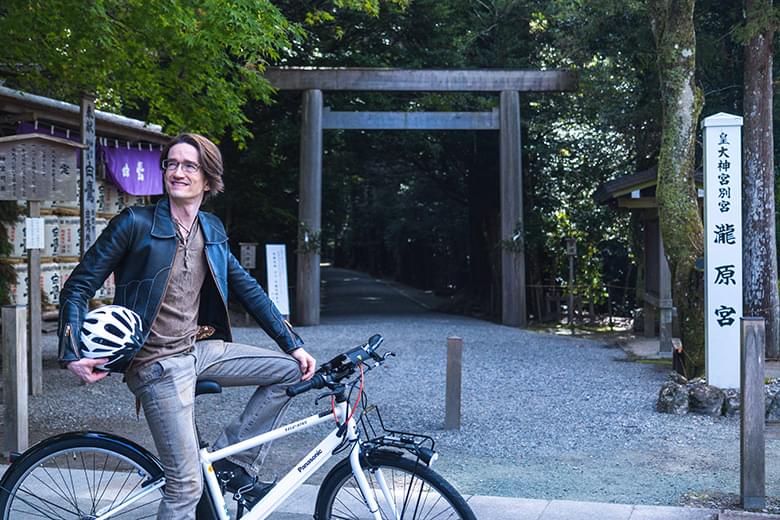 Modern Japan might be neatly carved up by train routes for the speedy Shinkansen and express trains, but it is humbling to think how people used to travel in centuries past. The stunning mountains and dense forests make excellent scenery now, but they were once obstacles to be overcome.

The UNESCO World Heritage site Kumano Kodo in central Japan is famous primarily as a pilgrimage route, but it is actually much more than that. It is part of a large series of mountain passes that used to carry not only pilgrims but also merchants and anyone else wanting to get around the provinces in feudal Japan. These well-trodden stone paths may have been largely supplanted by rail and road, but what was gained in convenience has been lost in culture. Stepping out of the dense forest to be greeted by the shining sea framed by the peninsula coastline is a true spiritual experience whether you are a pilgrim or not.

One of the gateways to the Kumano Kodo is the Tsuzurato Pass in Taiki, Mie Prefecture. An intricately twisting route, whose name literally means “ninety-nine folds,” the pass makes for a dramatic hike regardless of whether you follow it all the way to the Kumano Kodo itself. Before setting off on that adventure though, you would be remiss if you didn’t prepare by building up your stamina. 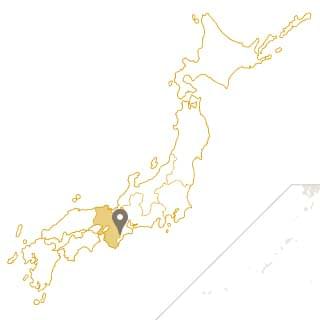 Foraging for a farmer’s feast

Fortunately, as you exit the nearest station to Taiki at Matsusaka, you are instantly aware of being in Wagyu-beef country. The local beef takes its name from the area, and Matsusaka beef is considered one of Japan’s top luxury beefs along with Kobe and Omi. Matsusaka beef, however, is a lot harder to come by because few cattle meet the strict conditions for earning the name, and the highest-rated cuts are almost impossible to find outside Mie Prefecture.

As good as Matsusaka beef indubitably is, a visit to Taiki just to eat some wouldn’t be that much fun. Fortunately, Taiki has recently been opening up its traditional farming way of life to international travelers, allowing everyone to experience this traditional way of life for themselves and observe washoku, Japanese cuisine, in the making.

“Open” is also the operative word when describing the friendly welcome from the locals. Absent any accommodation verging on a hotel, your best bet is to stay in an old farmhouse, which becomes your private home where, in a flash, you will feel like one of the locals.

Don’t get too comfy though; you are a long way from dinner. The local way to eat Matsusaka beef is in sukiyaki, a shallow hot pot that prevents overcooking the delicate meat and allows its rich flavor to permeate all else in the pot.

For sukiyaki, we need vegetables, especially the fragrant negi, the Japanese long onion, as well as some water to get the hot pot going. Out in the farmland, the water is easy to find in a mountain stream cascading directly from a fountainhead close to the fields. Vegetables are also to be found in the fields, and the local farmers are quick to play a guessing game as to which one makes for the best sukiyaki.

It is so easy to get lost in the expansive scenery. The patchwork of fields stretching to the gentle mountainside is usually seen as a blur from afar on the Shinkansen, but being out in the stillness on the ground lets you really appreciate the scene.

Back to the task at hand, and we are also going to need some shiitake mushrooms. These are cultivated on logs in sheltered huts and are satisfying to pluck and pop in a basket. The trick to choosing the best ones is to consider the pattern on the head of the mushroom.

Our haul of shiitake—the natural shapes are nice, unlike the uniform shapes supermarkets insist on.

A pleasantly even pattern is a pretty good measure of a shiitake, especially if it spreads out like a star or flower. Once you have selected your mushrooms, it is time to head to your home away from home.

No half measures here, we will be cooking on a traditional Japanese kamado (wood-burning stove). Axe in hand, we chop the wood, and apart from a minor incident when the bamboo bellows almost catch fire—rookie mistake!—we soon have a roaring fire. And now it’s time to hand over the ingredients to our local hosts and let them work their magic.

World-class Wagyu beef on the menu

With the stove going strong and the rice cooking on it, the stage is set for sukiyaki, and after cheering the arrival of the Matsusaka beef, we are ready to go. It is customary to eat one wafer-thin slice of beef straight out of the pot and unseasoned to really appreciate the flavor of the meat on its own, and it doesn’t disappoint. It is comparable to the likes of Kobe beef, the taste of which you might already know, but the relatively high fat content will definitely be a new experience for most.

Once the first slice of meat has been savored, all the ingredients are combined in the pot, and then you can just relax and eat the meal your own way. You have a little side dish containing a whisked egg for flavor, but it is really up to you whether to use it or not. The meat is added slice by slice so as not to overcook it. Leave it in the pot only long enough to chase the pink away, and then it will be just right.

Well-fed, you get the run of your Japanese home in the perfect silence of the countryside under a starry sky. While rustic and traditional, your home has unobtrusive air-conditioning, so you are sure to sleep well, and that is good, because tomorrow you are going to be active.

The accommodation here offers other cultural experiences, but the current proprietor has a real passion for baking. So, to start the day, we are greeted with freshly baked bread, topped with yuzu jam, and steaming coffee.

Availability:
The entire experience can be arranged through the website below. Get in touch for the various options and pricing.

Bike and then hike!

With the Tsuzurato Pass leading to the Kumano Kodo as our goal, we choose to rent e-assist sports bikes, which can be organized with a local guide. Given Taiki’s proximity to the Kumano Kodo and the Ise Grand Shrine, you are spoiled for choice when it comes to sites of spiritual significance. The most famous are the shrines Takiharanomiya and Takiharanonarabinomiya [if you ever struggle to parse the names of Shinto shrines, just pause at the “no” (for example, Takihara-no-narabi-no-miya)].

Having met our guide and adapted to the surprising power of the e-assist, we are soon on our way. Our route has us sweeping past rows of traditional houses, alongside a crystal-clear river with a chorus of ducks, and visits to picturesque shrines, with our guide narrating the whole way.

After a couple of hours, the open fields that provided yesterday’s dinner are replaced by dense forests as we draw near to our destination. At this juncture, we park the bikes and head deep into the Tsuzurato Pass.

It is worth mentioning that sensible clothing is a good call, but full-on hiking wear is far from necessary. Pilgrims and travelers in centuries past would brave the pass wearing sandals, so as long as you are dressed comfortably, you are good to go.

En route, beyond the enthralling forest and scattering of shrines, you get a chance to rest, relax, and enjoy the view with lunch.

This being Taiki, Matsusaka beef makes an appearance, this time in onigiri, along with scallop onigiri for a luxurious take on an everyday classic.

Pleasantly satiated and on your way again, the rest of the route is yours to explore at your own pace. Along the descent are walls, in the style of Japanese castle walls, that were built to reinforce the mountain path. Observing these and the stone path underfoot, you sense the passion and ingenuity of those who first crafted these routes.

Address:
Bookings can be made in English through the link below. Various options are available.

Rest and recharge the traditional way

Of course, you are welcome to continue on foot to the Kumano Kodo, but those who have had their fill of activity can return to civilization in Taiki and continue their travels with the help of modern technology. Our travels take us back to Taiki, where the operator of our accommodation has set up a traditional Goemon bath, a large metal cauldron heated directly from below by a wood-burning stove.

While you may feel like you are about to become dinner, the gently rising heat in the bath is an instant cure for any hiking-related pain, and you can only imagine what a luxury this must have been to those making this trip in the past.

With just enough time to snack on some freshly caught ayu (sweetfish) from the nearby river, we are soon on our way. While the spiritual history of the area is fascinating, the simple yet engrossing way of life in the countryside, the good healthy food, and the exhilarating hiking and biking might well be the most nourishing aspect of the trip.

Availability:
The entire experience can be arranged through the website below. Get in touch for the various options and pricing.

Getting to Taiki, Mie Prefecture:

Both JR and the Kintetsu Railway operate a regular service to Matsusaka Station from Nagoya Station. The journey takes just over an hour, and there are a number of limited-express trains to choose from to travel in speed and comfort. Nagoya Station is readily accessible from either Tokyo or Osaka, so a visit to Taiki is an easy addition to almost any itinerary. The trip from Matsusaka to Taiki can be handled by rental car, taxi, or public transport, and once you are in Taiki, you can book a guide so that you don’t have to worry about getting around.

Alternatively, if you travel from Nagoya Station to Misedani Station on the JR Wide View Nanki Limited Express it takes just shy of two hours, but it is possible to be picked up and escorted directly to the two accommodation options mentioned in this article. Get in touch with the guest houses for more information.